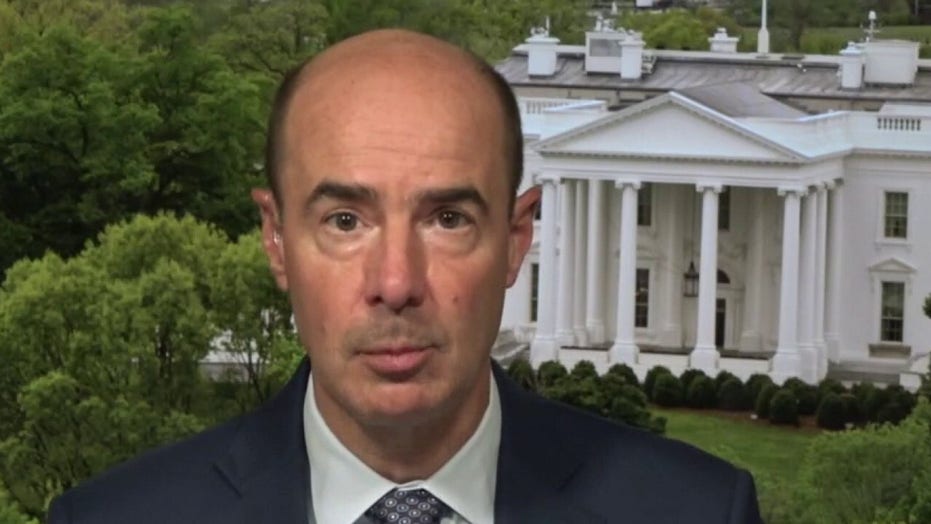 Eugene Scalia, U.S. Labor Secretary, reacts to the unemployment rate falling to 8.4% after 1.4 million jobs were added in August

The news that 1.4 million jobs were added to the U.S. economy in the month of August is "a good way to go into Labor Day weekend," Labor Secretary Eugene Scalia said on Friday.

"Since April, we've now added back 10.6 million jobs, a much quicker pace than anybody had projected. That 8.4% unemployment rate [is] so much lower than people were expecting to see," Scalia told "Bill Hemmer Reports."

Scalia noted that the Congressional Budget Office had predicted that the unemployment rate would be around 14% in the second quarter and 16% in the third.

"We're at such a better place right now," Scalia told host John Scott. "We know we have work to continue to do. We're at it, and I think this progress will continue, but it's certainly very good news for the weekend -- a validation of the strong economy the president had built before the virus struck."

Scalia attributed the progress to financial support for small businesses and workers in the CARES Act and defended allowing expanded federal unemployment benefits to expire at the end of July.

"The CARES Act benefit, that $600 a week benefit, I think was a good thing to do as we closed our economy. A lot of people were being told by state and local officials that they weren't allowed to work," he said. "But it was set to expire by Congress at the end of July. That was the right thing. The president has wanted to provide continued federal unemployment support. Congress wouldn't act, didn't get it together. The president set up a separate program, Lost Wage Assistance program, which 45 states are now participating in -- as another way of getting additional support.

"But I think we are seeing some benefit from the expiration of the $600 a week, but I think there's more room to grow. I looked at the healthcare sector. We still have 700,000 fewer jobs in healthcare right now than we did in February. We know those jobs can come back, will come back. So I think there's progress to be made going forward as well."

Congress and the White House struggled to compromise on a so-called "Phase 4" economic stimulus measure that would provide for extended unemployment benefits. In a statement Friday, House Speaker Nancy Pelosi, D-Calif., claimed the August jobs report underscored the need for additional action, and blamed Republicans for not realizing the scale of the crisis.

“Sadly, Republicans continue to demonstrate their utter contempt for the lives and livelihoods of millions of Americans who are being devastated by Republicans’ deadly inaction," she said. "The White House and Senate Republicans have made clear that they still do not comprehend the scale of this disaster or the urgent needs of our communities and the American people,"