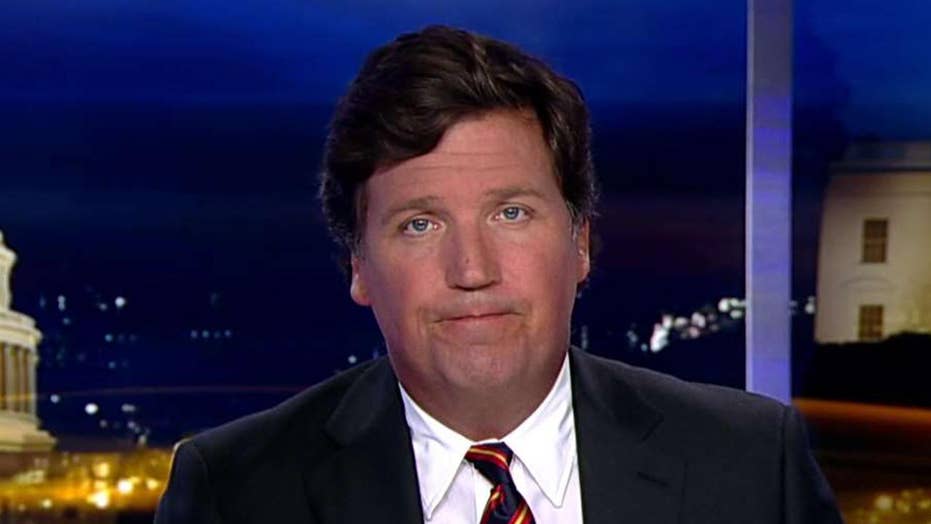 It's harder to get rich and powerful in D.C. during peacetime; our leaders have a built-in bias for war.

If you were in an airport over the weekend, you may have seen American troops on the move, leaving their families on their way to the Middle East. Now, just a month ago, not 1 in 100 Americans was thinking about Iran. Now, suddenly we are on the brink of war.

In Washington, that is considered an upgrade, indeed a massive improvement. It's harder to get rich and powerful in Washington during peacetime, so our leaders have a built-in bias for war.

And so they descended on television studios over the weekend to describe in detail the kind of violence they're prepared to wreak on a country very few of them know anything about.

Sen. Lindsey Graham, R-S.C.: If the Iranians hit American targets and American interests and American allies, we will respond militarily. If they hit us again, then I would not want to be working in an Iranian oil field because I think the president is determined to bring this regime to its knees if they continue to be provocative.

Meanwhile, Secretary of State Mike Pompeo assured reporters that the U.S. seeks "de-escalation" with Iran and then just moments later suggested the U.S. might bomb dozens of sites inside Iran itself.

Margaret Brennan, "Face the Nation" host: President Trump is saying that there are 52 sites that the U.S. would target if Iran retaliates. How is that consistent with what you say is your message of de-escalation?

Pompeo: The Iranian leadership needs to understand that attacking Americans is not cost-free. To take a terrorist off the battlefield does not increase the risk of terror. The risk of terrorism is increased by appeasement.

It seems like about 20 minutes ago we were denouncing these very people as the "Deep State" and pledging never to trust them again without verification. But now, for some reason, we do seem to trust them implicitly and completely.

It's hard to remember now, but as recently as last week, most people didn't consider Iran an imminent threat. Iranian saboteurs were not committing acts of terror in our cities. Oh, but our leaders tell us they were about to any second and that's why we struck first.

What's so striking is how many people appear to accept this uncritically. Just the other day, you'll remember, our intel agencies were considered politically tainted and suspect. Certainly, on this show, they are -- were -- and will be for quite some time.

Keep in mind, these are the people who invented excuses to spy on the Trump campaign purely because they didn't like Donald Trump's foreign policy views, and they're the ones who pretended he was a Russian agent in order to keep him from governing.

Remember that? "Russia-gate"? Our friends at the intel community did that.

It seems like about 20 minutes ago we were denouncing these very people as the "Deep State" and pledging never to trust them again without verification. But now, for some reason, we do seem to trust them implicitly and completely.

In fact, we believe whatever they tell us, no matter how outlandish. Iran did 9/11, they are telling us. Oh, okay. I didn't know that. Fifteen of the 19 hijackers were from Sunni Saudi Arabia; none were from Shiite Iran.

But if you say so, Mr. Unnamed CIA Official, I'm happy to send my kid to the Middle East a week after Christmas, on the basis of your anonymous and unverified leak to The New York Times. You've earned my trust through years of lying to me.

That appears to be our position now. And maybe all of this will turn out fine in the end. We're certainly praying for it. We love this country. But in the meantime, pardon the skepticism.

Tucker Carlson currently serves as the host of FOX News Channel’s (FNC) Tucker Carlson Tonight (weekdays 8PM/ET). He joined the network in 2009 as a contributor.