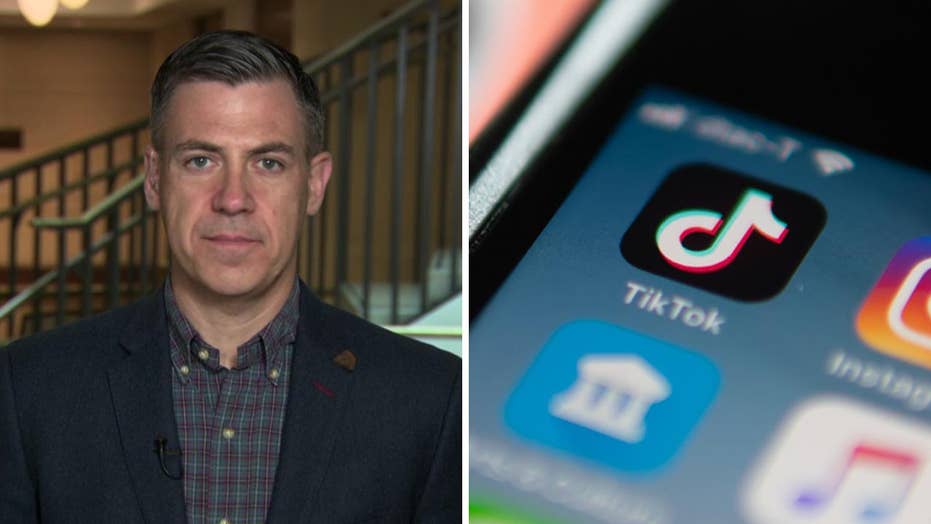 TikTok, the world's fastest-growing social media platform, is a seemingly innocent video creation app, but most users are unaware that it is owned by the Chinese government and can be used to harvest user data. Rep. Jim Banks, R-IN, and other members of Congress are calling on the Committee on Foreign Investment in the United States (CFIUS) to determine what, if any, threat TikTok and apps like it pose to national security.

Many of you have downloaded TikTok on your phone – it’s the world’s fastest-growing social media platform. But chances are low that you know the seemingly innocent app to create short videos is owned by the Chinese government and can be used to harvest your data.

That’s why the Committee on Foreign Investment in the United States (CFIUS) is investigating TikTok to see if it poses any national security threat à la adversarial companies like Huawei or ZTE.

If you’re unfamiliar, I’ll explain a little about the app before explaining how TikTok may pose a national security threat.

TikTok is a short-video app created by Beijing-based ByteDance, which has ties to the Chinese Communist Party. Users film short videos and pair those videos with popular music to create a meme. This simple recipe is driven by powerful artificial intelligence that monitors user behavior and original algorithms to feed them content.

Launched in 2017, TikTok has been downloaded about 100 million times in the United States and 1 billion times worldwide. In the fall of 2018, TikTok was downloaded more than Facebook, YouTube or Snapchat.

How did it grow so quickly? According to FastCompany, TikTok “bought its way to the front of the queue” by spending $3 million a day on ads appearing traditional social networks. In August, ByteDance had spent roughly $1 billion promoting TikTok.

Like Google or Facebook, TikTok requires users to provide their names, email addresses and other personal information. And because it’s a video app, through AI algorithms, it can also record and track users’ faces.

Next questions: Where is this data stored? And who has access to it?

That’s where this gets complicated. One data sleuth discovered TikTok stored user data within China as recently as late 2018. Here why that’s frightening – data localization laws grant the Chinese government unrestrained access to data stored in its territory.

In February 2019, the company revised its policy after a settlement with the Federal Trade Commission for violating child privacy law. Now TikTok alleges its data is stored in the U.S. and is safe and secure, but some experts say data sharing with Chinese intelligence services is still “possible.”

We’ve nailed down the means. But where’s the motive? Yale University’s Nick Frisch, writing in The New York Times, gives a clue. He reminds us that China is an illiberal surveillance state.

Already, China appears to be capable of using facial recognition data to match GPS coordinates using data gathered from TikTok’s domestic Chinese version, Douyin. The ultimate tool for a despotic, Orwellian regime is the ability to listen to, watch and track each of its subjects, at any time and in any place.

We’re left with a choice. We could take TikTok’s word for it. But many companies with clear ties to the Chinese Communist Party, like Huawei, have denied sharing secrets with the Chinese government – even after the release of ample contradictory evidence.

Recently, the CFIUS asked a Chinese gaming company to divest Grindr, an online dating app, for what many presume was concern over the safety of app users’ personal data. Chinese companies have a shoddy track record, it’s naïve to assume TikTok’s will be any different.

I applaud my colleague, Sen. Marco Rubio, R-Fla., for writing a letter to CFIUS that spurred the investigation. In his letter, Rubio focuses on TikTok’s censorship of content deemed sensitive to the Chinese Communist Party. This, too, is important.

As Rubio points out, the Chinese are using apps like TikTok to “advance their foreign policy and globally suppress freedom of speech, expression, and other freedoms that we as Americans so deeply cherish.” After the NBA’s capitulation to the Chinese government this month, few continue to deny the international culture war between the United States’ and China.

The CFIUS should examine TikTok's censorship practices, but it also should look closely at TikTok's procedures involving user privacy. I would be disturbed, but not shocked, to learn that TikTok shares secrets with the Chinese government. Huawei, ZTE and their ilk have already proved that the Chinese Communist Party is a master of the Trojan horse.