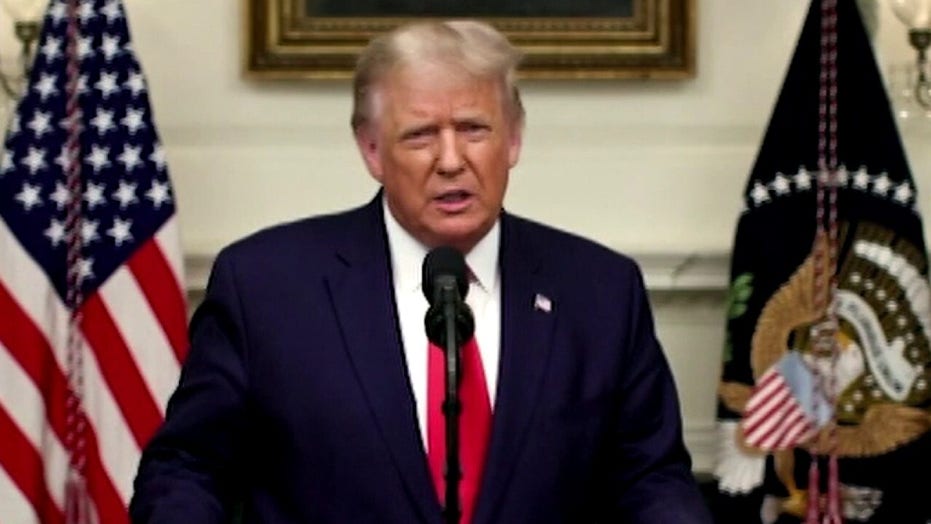 Gordon Chang, senior fellow at the Gatestone Institute, on Trump calling out China and the WHO during U.N. speech.

Twitter has cracked down on what it deems to be "misinformation" about the coronavirus pandemic for several months, but a recent tweet from a Chinese state media outlet alleging that the virus did not originate in China has yet to be acted on by the tech giant.

During the pandemic, Twitter revised its policies regarding tweets that allegedly push false information about the virus and ways to combat it. The platform has adding labels to posts and even gone so far as to censor tweets from some users, including President Trump, members of his administration and members of his campaign.

However, Twitter appears to not have lifted a finger on a tweet posted early Wednesday morning by People's Daily, China, an organization Twitter previously labeled as "China state-affiliated media."

"All available evidence suggests that #COVID19 did not start in central China’s Wuhan, but may come into China through imported frozen food products and their packaging," People's Daily tweeted along with a link to its report.

"There is no Twitter misinformation label on this tweet. It's been up for 14 hours," conservative commentator Stephen Miller reacted, later asking Twitter CEO Jack Dorsey,  "See the problem now, @Jack?"

"The CCP needs to tread carefully. If they post nonsense like this 16 or 17 more times, they may find themselves tagged by Twitter with a warning label, maybe," Omri Ceren, national security adviser to Sen. Ted Cruz, R-Texas, quipped.

"Honestly, why doesn't this have a disclaimer from Twitter? This is not just a debunked story — this is literal Chinese communist propaganda," Ricochet podcast host Lyndsey Fifield wrote.

"All available evidence suggests that COVID-19 started in Wuhan and that the Chinese Communist Party covered it up then and, as we see here, continues to lie about it now," Washington Examiner reporter Jerry Dunleavy tweeted.

"Flu season is coming up! Many people every year, sometimes over 100,000, and despite the Vaccine, die from the Flu. Are we going to close down our Country? No, we have learned to live with it, just like we are learning to live with Covid, in most populations far less lethal!!!" Trump wrote at the time.

Not long after that tweet was sent, Twitter slapped it with a label that initially shields users from reading what was written by the president.

"This Tweet violated the Twitter Rules about spreading misleading and potentially harmful information related to COVID-19. However, Twitter has determined that it may be in the public’s interest for the Tweet to remain accessible.”