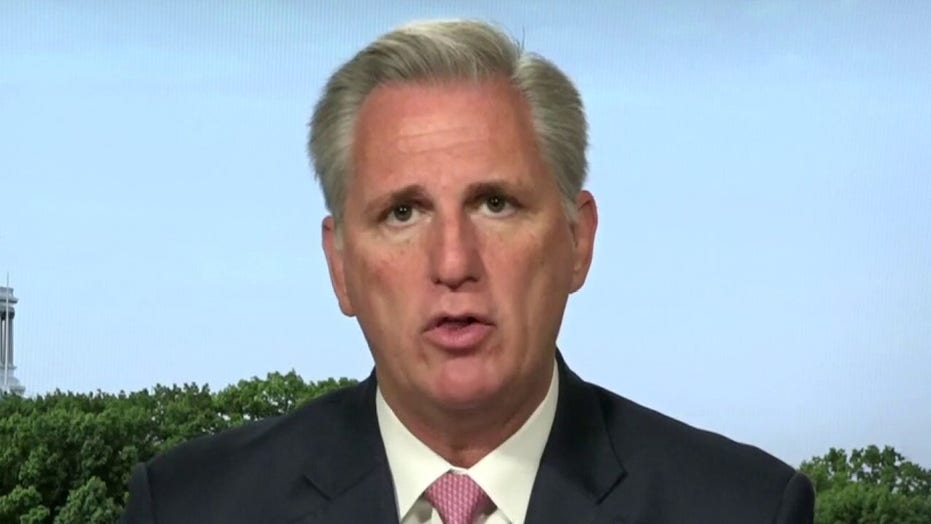 “If Joe Biden was president, we’d still be debating whether planes from China should be coming to America," McCarthy told “Fox & Friends,” touting the promising developments with "six vaccines and more than 6,000 therapeutics" for COVID-19.

Despite positive coverage of the Biden-Harris rollout from the mainstream media, the Democratic candidates are now facing backlash for not taking questions from the press.

Biden and Kamala Harris held the first joint virtual campaign event on Thursday since the California senator officially made her debut as the former VP's running mate the day prior. However, reporters who were present at the event were eventually shooed away by campaign staffers.

Journalists and commentators on both sides of the aisle offered a rare, unified condemnation of the candidates evading questions going into their second day as a ticket.

"To be expected for the roll-out. But this is not a show of confidence on day two," New York Times political correspondent Jonathan Martin reacted on Twitter. "The seriousness of the topic and the times -- to say nothing of Biden's own criticism of Trump’s contempt for a free press -- makes accountability all the more essential."

“Joe Biden doesn’t want to take the questions because when you ask him tough questions, he was opposed to stopping those flights from China that saved thousands of lives in America,” McCarthy said.

“This is a really difficult problem for Joe Biden, especially if you ask him any questions or if he came out of the basement."

Fox News' Joseph A. Wulfsohn contributed to this report.