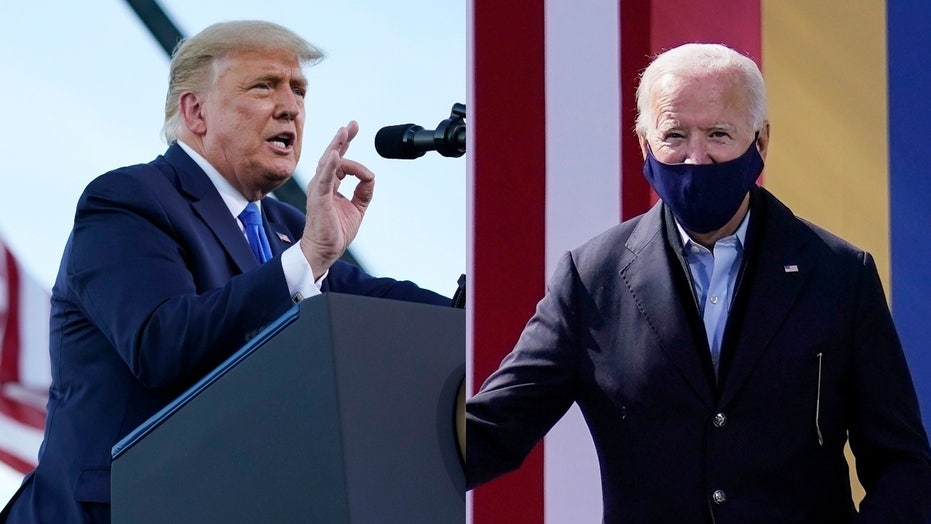 President Trump made a stop over the weekend in California, a state in which he will be absolutely clobbered.

He wasn’t there to win votes in the bluest of blue states. He went to a fundraiser in Santa Ana, meeting with donors who paid $2,800 to attend, or $150,000 in Republican contributions for a couple to get a photo with Trump.

The fact that the president had to schedule that event with just over two weeks left in the campaign, before going on to Arizona, is a sign that the campaign is strapped for cash, insiders say.

The Trump camp somehow managed to blow through more than a billion dollars and is now trailing Joe Biden, who is outspending him 2 to 1 on television, in the money race. The Biden team raised $383 million last month, eclipsing the Trump campaign’s $248 million.

Money is hardly everything in politics. Hillary Clinton outspent Trump about 10 to 1 and still lost. Trump dominates the media and may not be as reliant on traditional advertising. The president’s camp has built a big ground operation, while the Biden team has played down door-knocking because of Covid concerns.

Still, Trump advisers who are critical of the operation--while still believing he can win--believe the last-minute dash for cash reflects mismanagement by the campaign that dates to the period when Brad Parscale was in charge.

The president himself tried to deflect the numbers by telling a Wisconsin rally that “Biden is raising a lot of money because they’re promising all these things to all these people,” and that he could vacuum up more from donors but doesn’t want to have to take their call when “they need something.”

Hogan Gidley, the campaign’s national press secretary, told me its television ad buy has just been boosted by 40 percent and that the team has built “a turnout apparatus that is the envy of the political universe.”

The larger problem, internal critics say, is the lack of a clear closing message. Some advisers have been arguing for months that they need to pick a couple of daily bullet points--perhaps one on rebuilding the economy and one specific criticism of Biden--and pound away. Instead, surrogates are sent lengthy documents with a panoply of talking points. And they regard Biden as lying low to avoid a campaign-altering mistake.

The president’s hospitalization for the coronavirus was another setback that seemed to freeze the campaign. At one point Trump complained that he wasn’t seeing any surrogates on TV defending him.

There is a clear recognition, insiders tell me, that they cannot change Trump or his propensity to go off script. All the more reason, they say, why the rest of the team needs to drive a focused message.

The president has caused all kinds of distractions, attacking targets ranging from the debate commission to Michigan Gov. Gretchen Whitmer (who was targeted in a kidnapping plot). He has said New York and California are going to hell; retweeted a conspiracy theory that Osama bin Laden is still alive, and, at a Georgia rally, responded to chants by saying “lock up the Bidens, lock up Hillary.”

Just yesterday, joining a press call, Trump said that “people are tired of hearing Fauci and all these idiots,” calling Anthony Fauci, a top member of his virus task force, a “disaster.”  And when Reuters reporter Jeff Mason yesterday asked the president why his campaign strategy seems to be calling Biden a criminal, he got this reply: “"He is a criminal. He got caught….You're a criminal for not reporting it."

Trump “ is spending the remaining days on a familiar mix of personal grievances, attacks on his opponents and obfuscations. He has portrayed himself as a victim, dodged questions about his own coronavirus testing, attacked his attorney general and the F.B.I. director and equivocated on the benefits of mask-wearing,” as the New York Times put it.

Still, much of the media, which clearly expect a Biden victory, are throwing down caution flags. “Democrats are scrambling to account for the hidden variables that could still sink their nominee,” such as turnout, registration and problems with mail ballots, says Politico.

Democrats have a “visceral and widespread” worry that Biden’s lead will somehow evaporate the way Hillary’s did, says the Washington Post.

Republicans hope that GOP registration gains “might just be enough to propel Mr. Trump to a second term,” says the Times.

Given the fiasco of media coverage in 2016, it is wise not to portray this campaign as a done deal. But some Trump advisers believe they need far more discipline and focus to pull off another upset.