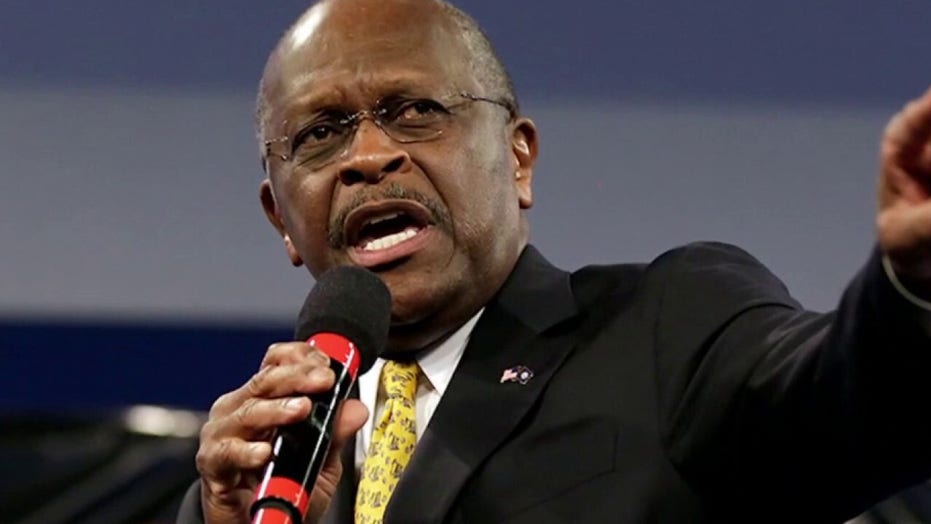 Cain's death was announced after he was hospitalized earlier this month due to complications from the coronavirus. Critics of the president, however, point to Cain's attendance at the Tulsa, Okla. rally on June 20 as the place the outspoken businessman contracted the deadly disease.

"The virus is rapidly swallowing us. All colors, all stripes, all creeds. It just took a former presidential candidate, Herman Cain," Cuomo told his viewers. "Yes, he supported the president. The president says he was a good friend of his. We wish his family well and we wish that he rest in peace and I wish this president have no peace until he thinks about what he's exposing people to."

Cuomo continued, "He didn't even mention that Mr. Cain was at his rally among the maskless masses right before he was diagnosed. Now, maybe he didn't get it there. Sure as hell didn't help."

The "Cuomo Prime Time" host has raised eyebrows over the past several months, from his hostile confrontation with a cyclist while breaking quarantine amid his recovery from the coronavirus to the series of softball interviews he conducted with his brother, Democratic New York Gov. Andrew Cuomo.

The CNN anchor has been quite outspoken with his condemnation of both President Trump and his handling of the coronavirus outbreak and Republican Florida Gov. Ron DeSantis. However, he has been panned by critics for what they perceive is a double standard towards his favorable coverage of his brother, who has faced intense scrutiny over his controversial New York nursing home policy.