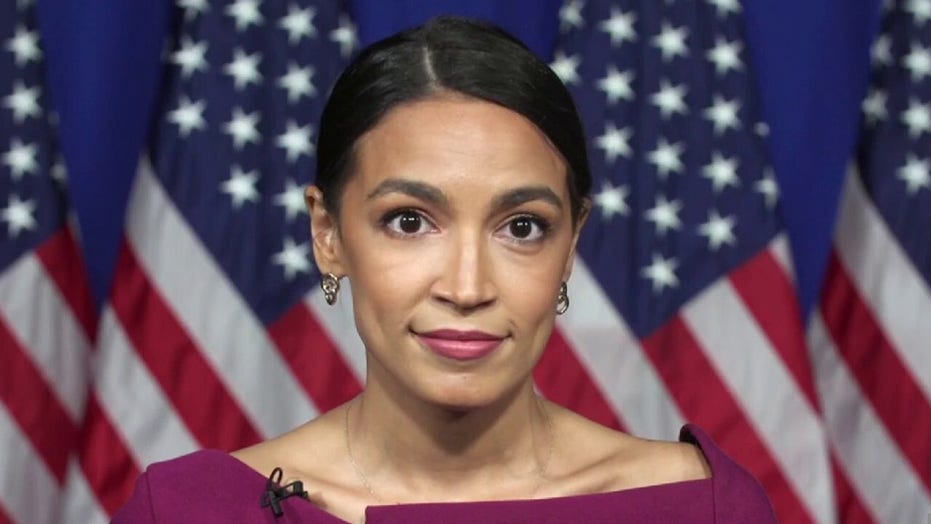 AOC seconds the nomination of Bernie Sanders for president

U.S. Rep. Alexandria Ocasio-Cortez appeared furious with NBC News early Wednesday, accusing the network of trying to “generate hate-clicks” with a “blatantly misleading tweet” about her one-minute appearance during Tuesday’s second night of the Democratic Convention.

NBC “sparked an enormous amount of hatred and vitriol” with its 9:49 p.m. Twitter message, which claimed Ocasio-Cortez “did not endorse Joe Biden,” the congresswoman wrote.

She also accused NBC of suggesting she was being curt in her remarks by delivering “one of the shortest speeches of the DNC” when she seconded the nomination of U.S. Sen. Bernie Sanders, I-Vt., to be the party’s choice for president.

“You waited several hours to correct your obvious and blatantly misleading tweet,” Ocasio-Cortez wrote, retweeting an NBC clarification that appeared about three hours after its initial message. “It sparked an enormous amount of hatred and vitriol, & now the misinfo you created is circulating on other networks.

“All to generate hate-clicks from a pre-recorded, routine procedural motion,” the New York Democrat wrote.

“This is completely unacceptable, disappointing, and appalling,” Ocasio-Cortez continued. “The DNC shared the procedural purpose of my remarks to media WELL in advance. @NBC knew what was going to happen & that it was routine.

“How does a headline that malicious & misleading happen w/ that prior knowledge?”

In another message, she asked the network: “(H)ow are you going to fix the incredible amount of damage and misinformation that you are now responsible for?”

In its clarification, the network wrote that it "should have included more detail on the nominating process." It said Ocasio-Cortez had seconded the Sanders nomination at the request of the Democratic National Committee, that the nomination was a “procedural requirement of the convention.”

The network also clarified that Ocasio-Cortez has “previously endorsed” Biden for president and that her speech “was similar in length to other nominating speeches.”

NBC deleted the original tweet -- but posted a copy "for the record."

Many spectators on social media weighed in on the AOC-NBC dispute but some – like Turning Point USA’s Benny Johnson -- had little sympathy for the congresswoman.

“Oh no is @AOC attacking the Press for inaccurate reporting?” Johnson wrote. “Now she knows what it’s like to be President Trump every single day.”

“This is what happens EVERY SINGLE DAY to Republicans,” another Twitter user wrote. “The media is very biased against conservatives – that’s where the term Fake News began. So, now you know.”

Some thought perhaps the DNC intentionally asked Ocasio-Cortez to take part in the Sanders nomination.

“Something makes me think this was a setup,” one Twitter commenter wrote. “@AOC are you sure the DNC didn’t know this would happen?”

Late Tuesday, a seemingly calmer Ocasio-Cortez posted a “no worries” message after writer Sarene Leeds tried to reassure her followers that Ocasio-Cortez wasn’t trying to disrupt the convention by helping to nominate Sanders instead of Biden.

“If you were confused, no worries!” Ocasio-Cortez wrote. “Convention rules require roll call & nominations for every candidate that passes the delegate threshold. I was asked to 2nd the nom for Sen. Sanders for roll call. I extend my deepest congratulations to @JoeBiden – let’s go win in November.”