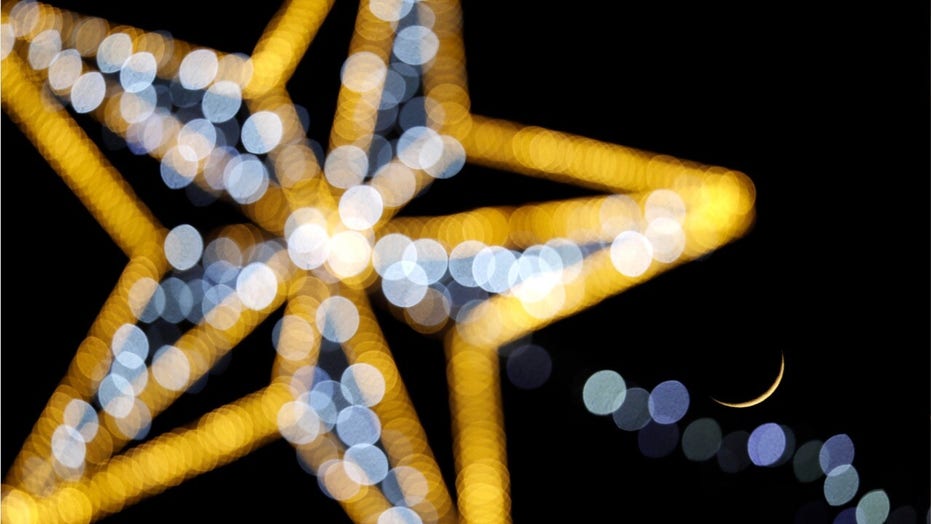 People are putting up Christmas lights during coronavirus pandemic

It may not be Christmas in mid-March, but some people are trying to use some of that joy to lift the spirits of those around them, as the danger of the coronavirus becomes more apparent.

Nothing’s been easy in 2020, and Twitter users have found fault with Rockefeller Center’s Christmas tree, likening the evergreen to Charlie Brown’s sad sapling.

This year’s Rockefeller tree, a 75-foot Norway spruce from Oneonta, N.Y., was raised at the Manhattan plaza on Saturday for the 88-year-old tradition. It will be lit on Dec. 2 at 7 p.m. in a televised national broadcast – sans spectators – due to COVID-19 concerns.

The Rockefeller Center Christmas Tree arrives at Rockefeller Plaza and is craned into place on No. 14 in New York City. (Cindy Ord/Getty Images)

Soon after arriving in the Big Apple, the famous fir caught the eye of social media influencer Rex Chapman, who deadpanned that that it didn’t quite look ready for its close-up.

“Could the Rockefeller Center Christmas Tree look any worse? 2020 on brand,” Chapman said, sharing a now-viral video of the slightly scrawny spruce being hoisted into place. In the quick clip, which has since been viewed 5.4 million times, "O Christmas Tree" played as the tree’s branches unfolded and workers fixed it into position over the gilded statue of Prometheus, which was covered in scaffolding.

"I can almost hear the sad Charlie Brown Christmas theme playing," one user joked, while another teased that Rock Center simply scrounged up "the best they could find" in selecting the festive fir.

Others agreed that the tree would truly be sign of the times if it was decorated with "a giant mask" and “Christmas 2020” sign in lieu of lights.

Some jokesters shared photos of other official Christmas trees that didn’t look ready for the holidays, from Cincinnati to Vienna and Rome.

In the spirit of the season, kinder commenters urged the critics to be patient and give the tree time to fill out.

“BE NICE TO THE ROCKEFELLER CENTER CHRISTMAS TREE, IT'S TRYING ITS BEST!” one exclaimed, in a post that’s been liked over 10,000 times.

This year's tree also brought a tiny surprise to the big city, when workers found a hungry, baby owl among the branches.