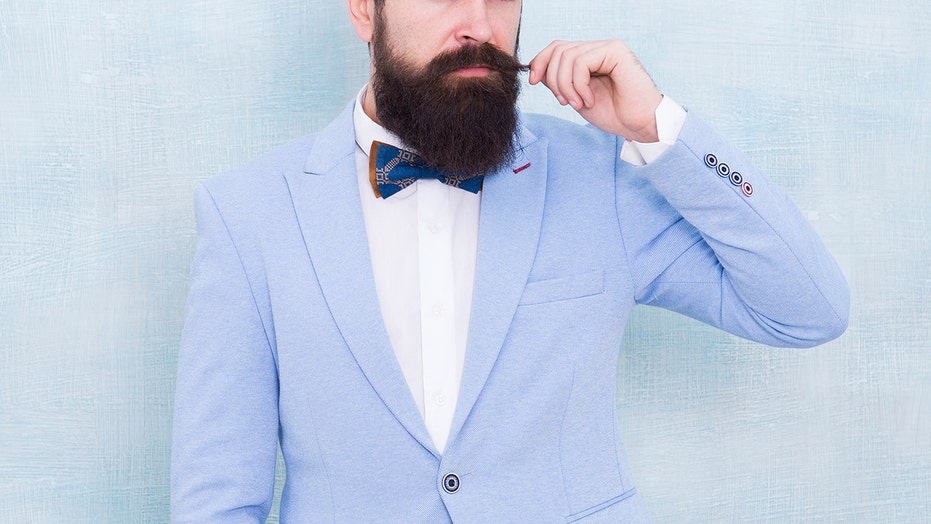 Chloe Carroll on how her wedding rings survived a California wildfire.

This groomsman isn’t willing to comply with these grooming requirements.

An anonymous groomsman at an upcoming wedding is claiming that the bride’s mother is demanding that all of the men in the wedding party shave their faces for the big day — but he feels it’s a hair-brained idea.

“[The groomsmen] all have beards but 4 out of 5 of us are bald through genetics,” the man wrote on Reddit. “My beard is part of my style and it’s the only hair that I can grow so I am proud of it.”

He went on to explain that the bride’s mother-in-law doesn’t understand why he won’t shave, as it’s only “just hair” that will grow back. So the groomsman tried to put it into perspective, albeit unsuccessfully.

BRIDE-TO-BE DEMANDS USE OF UNCLE'S BEDROOM FOR WEDDING DAY, CALLS IT 'FAMILY PROPERTY'

“I told them that I would shave my beard if she shaved her head because after all, it’s ‘just hair,’” he claims to have told her.

An anonymous groomsman says he isn't happy with a request that all of the men in the wedding party be clean-shaven. (iStock)

Making matters even more confusing, the groomsman claims that the bride herself has no qualms with beards — and that the actual groom sports a beard as well. He didn’t specify, however, whether the bride’s mom had requested the groom shave, too.

In any case, the Reddit community largely agreed that the bride’s mother had gone too far, and that he should still sport his beard, so long as he keeps it tidy.

"[Your] analogy truly is perfect," wrote one Reddit user in response to the groomsman asking the bride's mom to shave her head. Several others also agreed that his remarks to the woman were the "perfect" way to get his point across.

“As long as the beard is groomed (clean and tidy) what does it matter?” asked another reader. “And the bride [is] chill with it! [Her mother] needs to butt out.”

“I can understand wanting it neat, but asking to shave is rude,” another agreed. “Some guys look better with facial fair.”

While many of the commenters suggested he was right to politely decline the mom’s request to shave, one Reddit user joked that he should show up with an even bigger beard, out of spite.

“I think the four of you should grow your beards to ZZ Top size,” wrote the commenter.