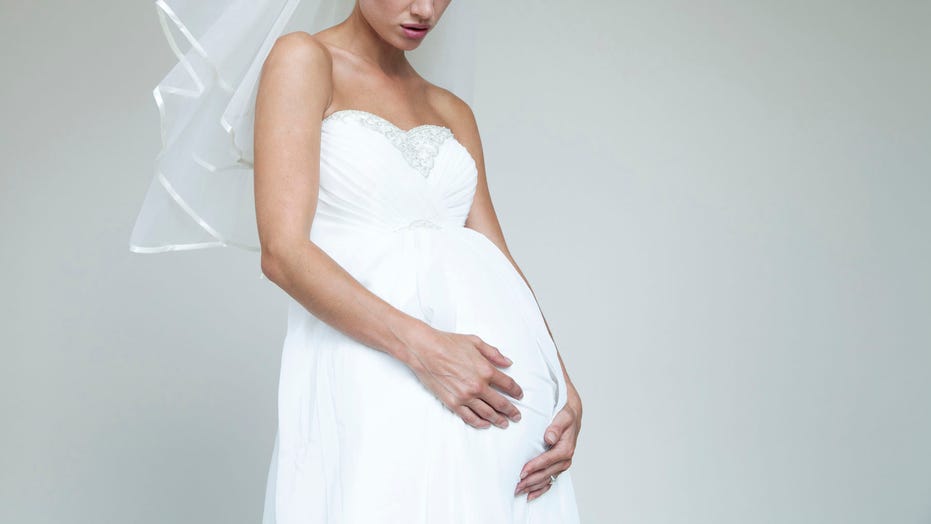 A groom-to-be is apparently in trouble with his fiancée after he questioned her choice of wedding dress. According to him, his bride-to-be, who is pregnant with the couple’s first child, shouldn’t wear a dress that show’s off her pregnant belly.

A聽groom-to-be explained that the couple originally planned to get married over the summer, but had to postpone it due to the coronavirus pandemic. The couple also planned to start trying to get pregnant right before the wedding. (iStock)

Posting under the name PriorDragonfruit8147, the groom-to-be explained that the couple originally planned to get married over the summer, but had to postpone it due to the coronavirus pandemic. The couple also planned to start trying to get pregnant right before the wedding. Apparently, those plans were not postponed and the bride-to-be is expecting.

The groom-to-be wrote, “My fiancé's original dress won't work for our wedding in December because by then she'll be almost 30 weeks pregnant, so she had to find another that would work with her stomach. I haven't seen it, but when I asked her how it works, she told me it is form-fitted. I did ask her to clarify just to be sure I didn't have the wrong idea, and she told me that the dress isn't meant to hide her stomach. It is meant to complement it.”

The groom wrote that this made him uncomfortable since he says he has family members that are already “not happy” with the couple’s choices (to get pregnant before getting married). According to him, his fiancee’s dress will be “too much.”

“I told her my thoughts and how I felt her flaunting her pregnancy while we're getting married would be a bad look,” he wrote. “I said that wearing a dress like that would be tacky and begged her to choose something less form-fitting.”

He explained, “My intent wasn't to hurt her or make her feel like I am ashamed of her, but I want her to be reasonable and sensitive to the situation. I did offer to do a separate ceremony later after the baby is born if we had eloped, but she declined; so I don't think she can say I didn't try to accommodate her and I don't feel like my ask is unreasonable given how flexible I've been until now.”

Not surprisingly, commenters on Reddit sided with the pregnant woman. One user replied, “Just to pile on to a beautifully made point: she’s pregnant. It takes a huge toll on the body and can make a woman feel less than sexy sometimes. It’s her wedding day. She wants to feel beautiful. And if this dress makes her feel beautiful and strong, then by all means, flaunt that.”

Another user added, “Have you all seen a woman at 30 weeks? This guy apparently hasn't. He wants her to wear something to cover her baby bump? What do you wear to hide a 30-week baby bump?”

“Not to mention that this was a planned pregnancy and everyone there will know about it,” added another. “Celebrate two huge milestones in your life.”