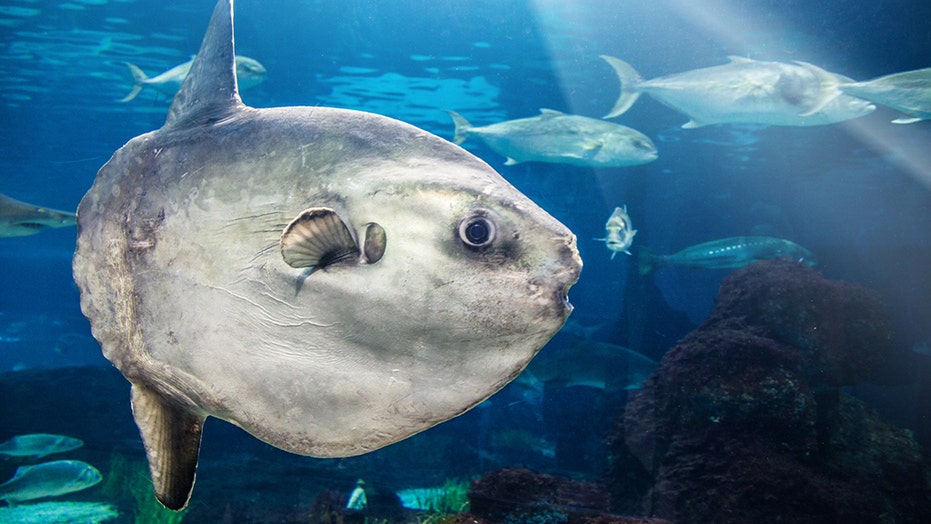 An ocean sunfish swimming off the coast of Massachusetts has gotten a lot of unnecessary attention recently -- for simply “doing normal sunfish activities.”

On Monday, local emergency officials received numerous calls about a creature in Broad Cove, near Wareham. Apparently, people thought it was an injured seal, a shark or a stranded fish, The New York Times reported.

But it was really just an ocean sunfish.

Also called mola, sunfish are the heaviest bony fish, with the largest weighing almost 5,000 pounds, according to National Geographic.

Sunfish are “clumsy swimmers,” according to the magazine, and often come near the surface to enjoy the sun.

Earlier this week, Wareham, Massachusetts, officials asked locals to stop calling the police about an ocean sunfish (not pictured) that was spotted in a nearby cove. (iStock)

However, they have a huge dorsal fin that can get them mistaken for a shark -- which is what happened in Wareham.

On Monday, after police received numerous calls about the sunfish in Broad Cove, the Wareham Department of Natural Resources posted on Facebook asking residents to stop reporting it.

“We are aware of a sunfish in Broad Cove,” the department wrote in its post. “We have checked on it, and it is doing normal sunfish activities. It's swimming. It is not stranded or suffering. The sunfish is FINE.”

“Don't be jealous just because its not swimming weather anymore!” the post added. “PLEASE STOP CALLING THE POLICE DEPARTMENT ABOUT THIS SUNFISH!!”

Garry Buckminster, the Wareham harbormaster and the director of the Department of Natural Resources, told The Times that he understands that people are concerned when they see the huge fin.

Instead, if people see a sunfish in an inlet or cove, they should call the New England Coastal Wildlife Alliance, so the conservation group can help the fish find its way back to the ocean, The Times reported.

Ann Schmidt is a Lifestyle reporter for Fox News.