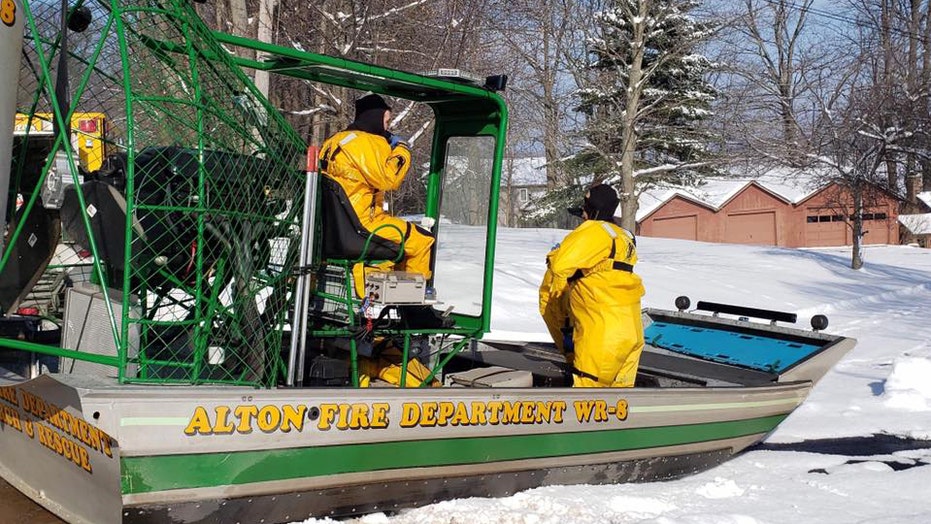 Two fishermen, a father and son, are currently recovering after falling into the water while ice fishing in up Upstate New York on Sunday.

Jason and Fisher Brudz were out on Sodus Bay in Alton, N.Y., on Sunday afternoon when the ice gave way and both fell into the water.

Fisher managed to pull himself out, but his father Jason was not able to extract himself, only managing to cling to the icy surface about 30 feet from the shore, WHAM reported.

Fellow fishermen phoned 911 after witnessing the two falling into the bay, and emergency personnel from several nearby fire departments, along with the New York State Police, soon responded to the scene. First responders attempted to pull Jason from the water, but initial attempts were ultimately unsuccessful. The Alton Fire Department was later able to rescue Jason with the use of an airboat.

Photos shared by the Alton Fire Company show emergency responders pulling the boat onto the ice from a nearby road.

Both Jason and Fisher were transported to the hospital and said to be receiving treatment for non-life-threatening injuries, WHAM reported.