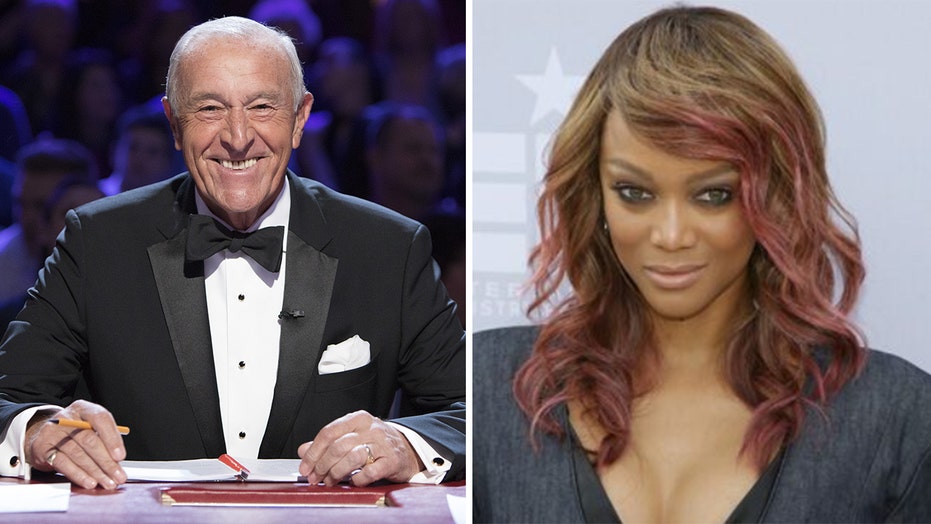 Amid the shakeup at "Dancing with the Stars” following the departures of hosts Tom Bergeron and Erin Andrews, it appears Len Goodman's judging duties are up in the air, so says newcomer Tyra Banks.

The new host, who was recently trolled by Bergeron online, discussed her new gig in an interview with Entertainment Tonight where she touched on the status of the Season 29 cast.

"Carrie Ann is definitely back, and Bruno [Tonioli], who I can't wait to vibe with because he is just as crazy as I am," Banks, 46, told the outlet.

Banks' comments come after she recently admitted to Us Weekly that she believes replacing Bergeron, who hosted the show since 2005, and Andrews will be a tough feat.

Tyra Banks says 'DWTS' is still figuring out how to incorporate judge Len Goodman into Season 29 due to limitations brought on by the coronavirus pandemic. (Getty/Reuters)

“I think the challenge is stepping into shoes," Banks told Us. "I mean, you know, Tom Bergeron and Erin, they lead the show, this is one of the top-rated shows in the world. So [I’m] respecting the stage that they have set and then adding my icing to that. I feel confident about that, but of course, it’s a challenge, but I don’t back away from challenges.”

In 1997, the "America's Next Top Model" judge was named “Supermodel of the Year” by VH1 and in the same year became the first Black woman to grace the cover of the coveted Victoria’s Secret catalog.

News of the hosting shakeup permeated through showbiz in July when Bergeron, 65, announced he would not be returning to the stage. Andrews, 42, had stood alongside the former “America’s Funniest Home Videos” frontman since 2014 when she joined after being a contestant on the beloved program.

Still, Banks has said she's up for the challenge.

"Oftentimes a wind has been at my face. I’m just kind of used to that, and so it’s my job to show everybody that I can do this so that I can entertain you. And that I could give you the show that you love with some ice cream sprinkles on top that you didn’t even know that you wanted," she said.

Earlier this week, the celebrity cast of Season 29 was announced and it includes some surprises, like "Tiger King" star Carole Baskin, MTV's Nev Schulman and "Selling Sunset" star Chrishell Stause.

Season 29 is set to premiere on Sept. 14. Reps for "Dancing with the Stars" and Goodman did not immediately respond to Fox News' request for comment.