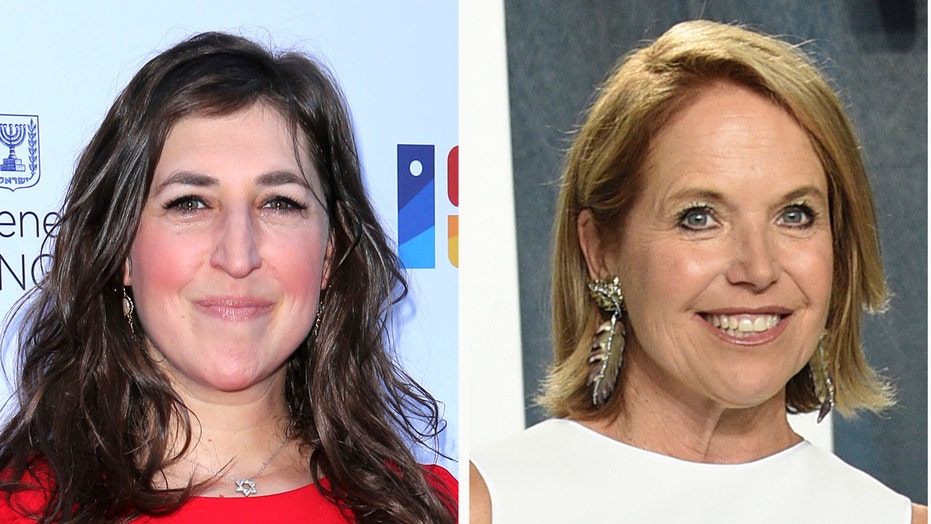 The search for a new "Jeopardy!" host continues.

The iconic game show lost its longtime emcee, Alex Trebek, in November after he died following a battle with pancreatic cancer. He was 80 years old.

The Emmy winner served as the host for "Jeopardy!" since 1984, presiding over more than 8,000 episodes.

Until a permanent host is announced by Sony Pictures Television, which produces the show, interim hosts have been announced by the "Jeopardy!" producers.

'JEOPARDY!' HONORS ALEX TREBEK IN EMOTIONAL GOODBYE: 'THIS IS AN ENORMOUS LOSS'

"Katie Couric, Aaron Rodgers, Bill Whitaker, and Mayim Bialik will each take their turn as guest hosts of Jeopardy! As a part of each guest host’s appearance, a donation will be made to a charity of their choice," the show's official Twitter account said on Wednesday.

"Alex was a legend, revered by all of us," said executive producer Mike Richards. "I want to thank our guest hosts, who will not only help all of us celebrate his great legacy, but also bring their own touch to the show."

Contestant Ken Jennings, whose 74-game winning streak and $2.52 million in earnings are show records, is the first to take over for Trebek.

Jennings made his guest host debut on Monday. He will helm the show for a few episodes. Executive producer Richards will take over as host for two weeks after Jennings’ run.

'JEOPARDY!' STAR KEN JENNINGS ON THE BEST ADVICE ALEX TREBEK EVER GAVE HIM

Jennings said of the honor: "There will only ever be one Alex Trebek, but I'm honored to be helping 'Jeopardy!' out with this in January."

He was also announced as a consulting producer on the series in September and has been a regular face on "Jeopardy!"

The former morning news anchor will briefly step in.

The 63-year-old helmed the "Today" show from 1991 to 2006. She also anchored "CBS Evening News" for five years. Couric now runs her own media company that produces documentaries and podcasts.

Couric will be the first woman ever to host the show.

Rodgers said he was a huge fan of Trebek and considers the gig an honor.

"One of my idols growing up was Alex Trebek," Rodgers said Tuesday on the "Pat McAfee Show." "They’re doing some guest hosting spots and it’s going to be released here pretty soon, but I have the opportunity to do one of those."

Rodgers was a winning "Celebrity Jeopardy!" contestant in 2015.

"The show has been so special to me over the years," Rodgers told The Associated Press. "It's been a staple at my house here in Green Bay for the last 16 years — 6 o'clock, watching Alex and trying to get as many questions as I can. When the opportunity came up in 2015, that was a dream come true. It really was. To be on there, to get to meet Alex was just such a special moment. We're all obviously sad about his passing."

The "60 Minutes" correspondent will also be a guest host.

The show will make a donation to the guest hosts' charity of choice that matches the total dollar amount won by contestants during their run.

Actress and neuroscientist Mayim Bialik will be taking over hosting duties briefly.

She previously was one of the stars of CBS's "The Big Bang Theory" and currently stars in FOX's "Call Me Kat."

Additional guest hosts will be announced later in the season.