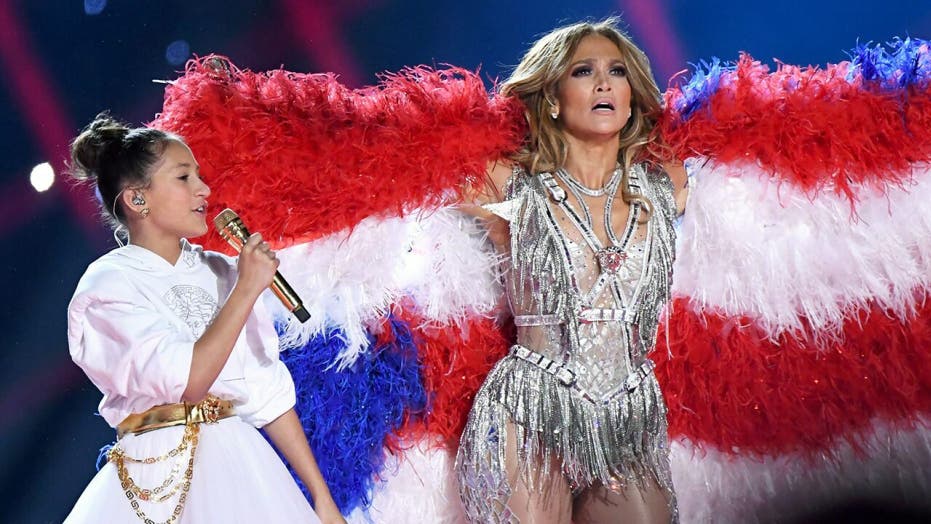 Jennifer Lopez revealed that her much-talked-about flag cape at the 2020 Super Bowl Halftime Show was a well-kept secret until the last minute.

For those who don’t remember, there was a moment during her and Shakira’s Emmy-winning performance in which she donned a feather cape with the American flag on the outside that also sported a Puerto Rican flag on the inside. But the latter flag was something no one knew about during rehearsals.

Speaking alongside Camila Cabello on Apple Music’s “SOMOS Radio,” Lopez revealed that she was afraid someone would tell her she couldn’t do the flag stunt, so she kept it hidden during rehearsal.

“The flag — I didn't even show it to anybody until the last minute because I didn't want anybody telling me I couldn't do it," the 51-year-old revealed (via People). "So it was kind of a secret."

She added: “I just had the American flag on the outside and during rehearsals, I didn't really open it up until we were on stage, and I was like, 'Latino!'"

The singer and actress went on to explain how proud she was to represent herself on one of the most-watched musical performance stages as both a Latina woman and an American. She also discussed the decision to bring her daughter, Emme, on stage to sing.

"The whole idea of having my daughter come up in a cage and sing 'Let's Get Loud' ... the whole idea was to raise our voices, to understand that your voice matters and to always use your voice," she said.

She also noted that she was relieved that such a powerful and somewhat political statement was well-received by the viewers.

“And that was a huge statement that I hoped I did in a musical way. And this is the great thing about being a musician and being creative is that you can do things in a way that people can receive them. And it was received in a beautiful way, thank God. But the message was there,” she concluded.

The powerhouse performance saw the ladies take to the stage during Super Bowl LIV to belt out hits like “Whenever, Wherever,” “I Like It,” "Jenny From the Block,” "Waiting for Tonight” and more.