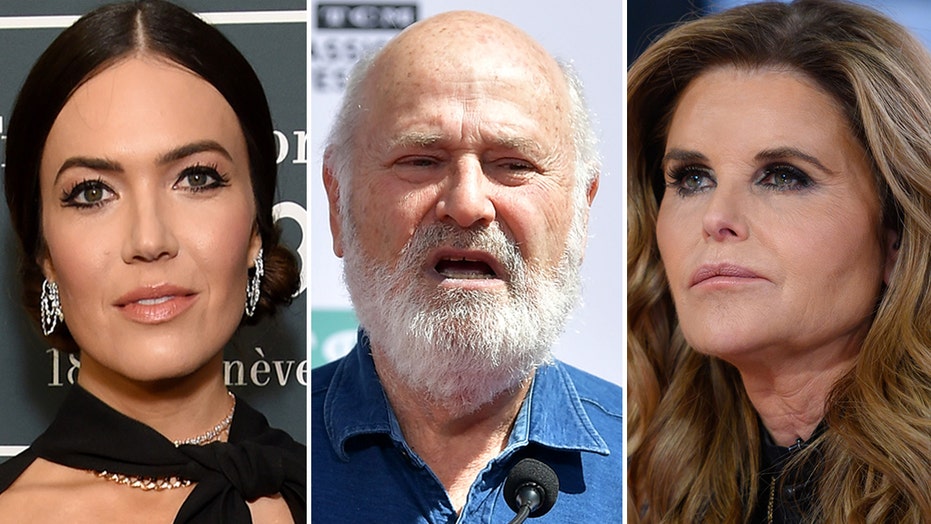 A number of Hollywood stars are speaking out in defense of late Supreme Court Justice Ruth Bader Ginsburg's reported last wish to not be replaced until after the 2020 presidential election.

Ginsburg died Friday at the age of 87 from complications surrounding metastatic cancer of the pancreas.

"My most fervent wish is that I will not be replaced until a new president is installed," Ginsburg told her granddaughter just days before her death, according to NPR.

Senate Majority Leader Mitch McConnell said unequivocally Friday night that President Trump’s Supreme Court nominee to fill the vacancy of late Justice Ruth Bader Ginsburg “will receive a vote on the floor of the United States Senate." This has since raised a number of arguments from the right and left, in addition to a handful of A-listers who took to their Twitter accounts late Friday into Saturday morning to voice their opinions.

Director Rob Reiner, who is rarely shy about voicing his opinions about Trump and his administration, tweeted early Saturday declaring the controversy has created a "war."

"Ruth Bader Ginsburg's body isn't even cold and Mitch McConnell is dancing on her grave. This is war. Dems have powerful weapons. Now is the time to use them," the 73-year-old wrote.

Many celebrities directly tweeted McConnell following Ginsburg's death. His comments on Friday led Democrats to accuse him of hypocrisy due to his treatment of D.C. Circuit Court of Appeals Chief Judge Merrick Garland, who former President Barack Obama nominated to the Supreme Court to replace the late Justice Antonin Scalia in 2016. McConnell and his Senate majority refused to hold a hearing or vote on Merrick's nomination because of the 2016 presidential election.

"Remember what @senatemajldr did when President @BarackObama wanted to make his Supreme Court appointment during an election year. He said no new SCOTUS appointments. The same should apply to @realDonaldTrump. Remember your words @senatemajldr," Shriver tweeted.

Similarly, Bette Midler argued it's time to mourn the gaping hole Ginsburg has left in the country, and called for politicians to hold off on filling her vacant seat.

"We should take the time to mourn the passing of Ruth Bader Ginsburg, who was a legal giant, a defender of the defenseless, and an American hero. But we should also celebrate and honor her life by following her example. At almost every stage of her career, she was rejected, dismissed, and impeded by those threatened by a woman of valor, integrity, and intellect. She made an immeasurable contribution to America by refusing to give up, even when the odds seemed hopeless," Midler wrote.

She concluded: "Do not despair. Follow RGB’s example. Persist. Resist. Do not give up hope, even when the odds seem hopeless. Politics can—and should—wait. For now, let’s celebrate her life. For the next forty-six days, let’s be Ruth Bader Ginsburg. The rest is detail."

"In the words of Mitch McConnell in 2016, 'The American people should have a voice in the selection of their next Supreme Court Justice. Therefore, this vacancy should not be filled until we have a new president,'" she tweeted.

Mandy Moore also sounded off in reaction to McConnell's statement on Friday.

"Mitch McConnell is an evil hypocrite and Kentucky deserves so much better. ##votehimout," the "This is Us" star tweeted.

On Saturday, she continued her argument, writing it is "imperative" Democrats take back the Senate.

"It is imperative that we take the Senate back in 2020. Period. I just donated to @crookedmedia’s Get Mitch or Die Trying fund, where money is allocated to key races across the country. If you’re passionate about turning this country around, go for it," she said.