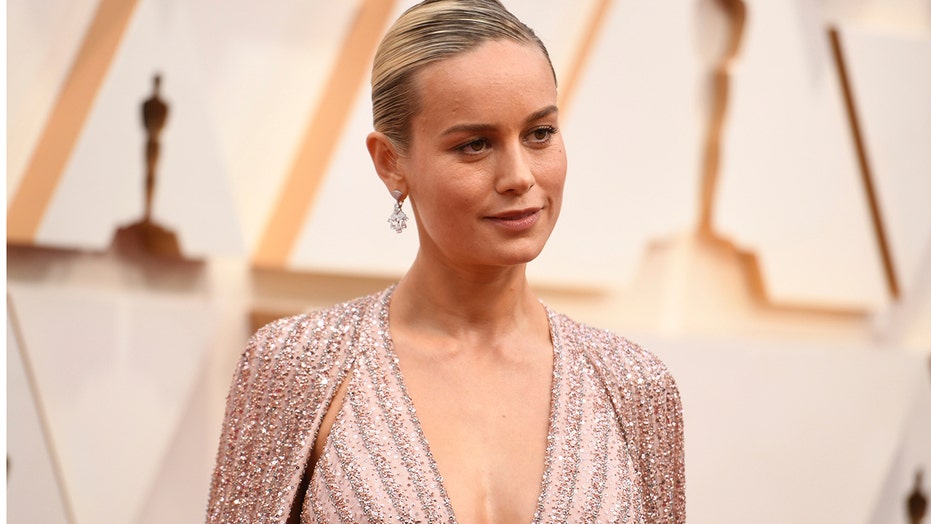 For Brie Larson, Captain Marvel was more than just another movie role.

The 30-year-old Oscar winner launched a YouTube channel on Thursday because she's found that the platform "is the place to talk about things that matter."

In her first video, Larson said that she plans to use her channel to create "deep conversations, anti-racist rhetoric [and] inclusive content."

The remainder of the video was set up similarly to show how most talk shows are operating these days, with virtual conversations between the "Room" star and other internet personalities.

Brie Larson arrives at the Oscars on Sunday, Feb. 9, 2020, at the Dolby Theatre in Los Angeles. (Photo by Richard Shotwell/Invision/AP)

During the 21-minute-video titled "So, I made a decision..." Larson opened up about how taking the titular role in "Captain Marvel" helped improve her mental health.

“For me, my baseline has been I’m an introvert with asthma. That’s been my story for myself. I’m introverted, I’m scared, I have social anxiety,” she admitted. “And through, in particular, playing Captain Marvel, that kind of wiped clean those titles I had for myself and made me go, ‘Whoa, I’m not really that anymore.'"

Since joining the Marvel family, Larson said that she's found "speaking out, telling my story, talking about the things that I'm scared of has helped" her a great deal.

ANTHONY MACKIE CALLS FOR MORE DIVERSITY ON MARVEL SETS: 'IT REALLY BOTHERED ME'

The "Short Term 12" star has appeared twice in Marvel films as Carol Danvers -- otherwise known as Captain Marvel -- including "Avengers: Endgame," the highest-grossing film of all time, not adjusted for inflation. In addition, a sequel to her solo adventure is in the works and is currently slated for a 2022 release.

In her YouTube debut, Larson also admitted to having missed out on roles in other large film franchises.

Things turned out alright for the actress after earning an Oscar and appearing in two different billion-dollar movies, and now, a successful YouTube channel earning over 69,000 subscribers on its first day.

“I’m feeling excited, I’m feeling like I’m gonna pee a little bit. I hope that’s a good thing. I’m feeling nervous,” the actress said. “I think that we’re on the train here and we’re going. So in the meanwhile, I’m gonna figure out when I’m looking into the lens who it is that I’m talking to.”