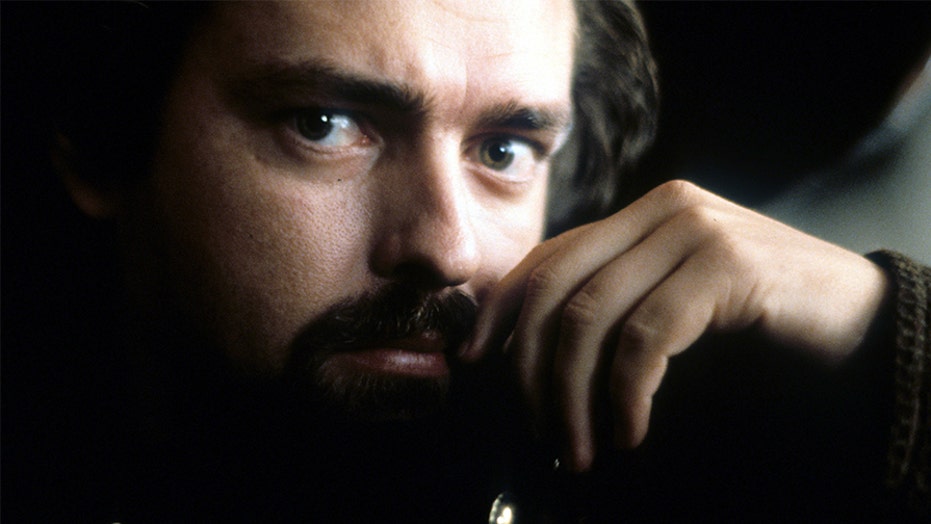 EXCLUSIVE: It’s been 25 years since Angus Macfadyen played Robert the Bruce in Mel Gibson’s “Braveheart” -- but the journey is far from over.

The actor is reprising his role in the historical drama “Robert the Bruce,” where the royal finds himself abandoned, wounded and on the run from the English army in 14th century Scotland. The 57-year-old produced and co-wrote the passion project, one that he’s been eager to make since the epic tale about the triumph and tragedy of warrior Wallace (Gibson) was released in 1995 and topped the Oscars a year later with five awards.

Macfadyen spoke to Fox News about his favorite memory filming “Braveheart,” why he was so determined to revisit his role decades later, the biggest challenge he faced on set and whether he’s ready for more adventures.

Fox News: What’s your favorite memory from filming “Braveheart”?
Angus Macfadyen: We shot the very last scene of the movie on my first day. But then when we got to my very last day, Mel Gibson decided he needed an extra closeup of me on a horse just before the charge. So we got a horse and we brought it to the car park because we no longer were on the battlefield. The horse was very skittish with the camera going, "khh," and the clapper board, and we couldn't keep him steady.

So they got me off the horse and they stuck me on Mel Gibson's shoulders. He basically played the horse moving up and down so that I was able to do this last shot. I just wish somebody had taken a photo. If we were shooting in this day and age, everyone would have had their iPhones out and there would be a photo of that moment.

Fox News: What was it about Robert the Bruce that made you want to revisit that role in 2020?
Macfadyen: For about nine years, I was walking around and I just had this ghost sitting on my back going, "You've got to finish the story." I eventually just listened to the ghost and sat down and punched out a followup of what happened after the events of “Braveheart,” leading to the independence of Scotland.

Then, from there, it took another 13 years of persistence to actually get the film. It took 11 years to actually get to shoot it and then another two years until now to get it out and about. It's been a long process but eventually, persistence pays off, and I'm quite happy about it.

Fox News: It took quite a long time. What kept you going?
Macfadyen: In some way, I did give up, but there's a thing called destiny or fate. Often, it's about the timing of an event, that it's not the time for it. You yourself don't realize that because you're just a small little particle in the universe, but there's a mighty hand that guides events and which knows in its infinite wisdom that the timing will be when it's necessary. I felt that the timing is now, really.

I feel very lucky to have such a small film with no publicity budget. I'm basically the publicity budget on Twitter for the last year. There's this vacuum with the big giant studios not able to show any films in cinemas, that there's a vacuum right now. It's an extraordinary moment for small independent films to actually be seen right now.

Fox News: In “Robert the Bruce,” it sounds like it doesn't glorify the war and violence that we originally saw in “Braveheart.”
Macfadyen: I think we've moved on somewhat from those '90s movies. I certainly wanted to make more of an anti-war film, which explores the consequences of violence and doesn't glorify it. The consequences in this are the families whose fathers fought for Wallace or the Bruce and died.

And so, the Bruce finds himself being cared for by this very dirt-poor family of crafters who worked the land, and all of the children, they are orphaned, their fathers all died, and the widow's husband died, and so these are the consequences of his ambition. It's a story about the gaining of conscience of a king and realizing that ambition can be a terrible thing when it's just put to the service of its master and not to the service of the common good.

Fox News: The cast endured brutal conditions in capturing those realistic wintry scenes seen in “Robert the Bruce.” What was that like?
Macfadyen: That was the toughest shoot I've ever been on. We literally were stuck up a mountain in blizzards with snow up to our waists and freezing conditions. It was minus-13, I think. With a very little budget to actually be effective, the warming tents were colder than it was outside, so there was no point in being in them. The hot tea was frozen. Some days we couldn't even find the road to get to work because it had literally disappeared in front of us in a blizzard.

We only had eight hours of shooting a day because the sun sets so low in the sky, it's up at 8 and down at 4, so it was a constant rush. I'd never actually thought we were going to finish the film. All the way through shooting, I thought, "We're just not going to get this in the can. It's going to falter even here right now." It was a bit miraculous that we even got the film finished.

MEL GIBSON WAS HOSPITALIZED FOR CORONAVIRUS IN APRIL

Fox News: Can we expect you to revisit Robert the Bruce again in the future? Or does the journey end here?
Macfadyen: No, I'd like to. I have the next script, which is the Battle of Bannockburn, which is the actual final conflict with the English. That budget is a little larger, so just trying to find money to make these films is difficult. I've got the script and I also have a script, which is a far more in-depth study of the Bruce and the spider, the whole psychological, traumatic event in the case, which I had written. It's like the character stays with me. It's like a "Star Wars" trilogy.

“Robert the Bruce” is currently available to stream for free on Crackle.