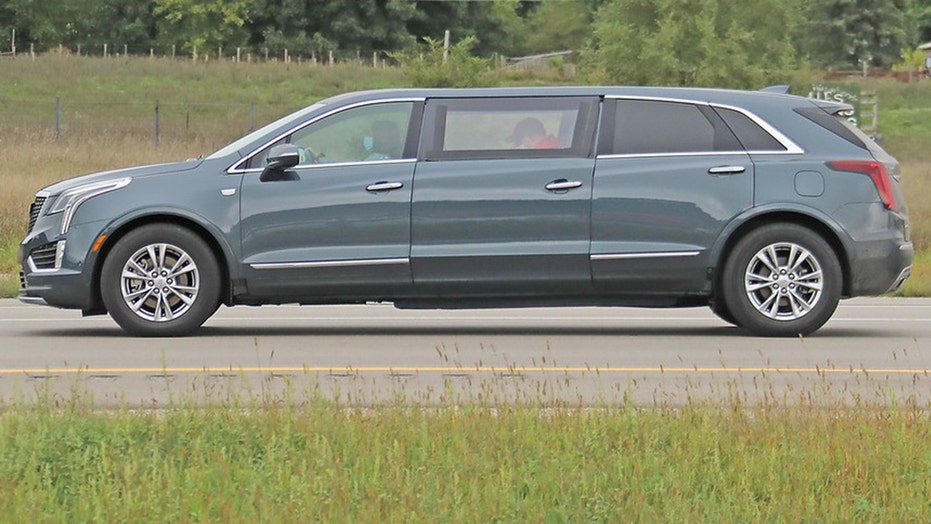 The Cadillac Lyriq will be the brand's first electric model when it goes on sale in late 2022.

It could be a while before your next red carpet event, but there could be a new limousine waiting when you do.

A prototype of a stretched Cadillac XT5 SUV has been spotted on the roads outside General Motor’s Milford Proving Ground in Michigan by an automotive paparazzo.

The elongated midsize SUV test car has a third door – which may not be functional –- mounted in the middle and a wheelbase stretched to accommodate it.

Cadillac previously offered a “professional vehicle” version of the XTS sedan that was engineered for stretch limousines and hearse conversions, but the XTS model line went out of production last October. Its top rival, the Lincoln MKT Town Car Limousine, was also discontinued around the same time.

Cadillac hasn’t officially announced a replacement, but a representative at one of the largest limo and hearse manufacturers in the U.S. said they’re planning to start using the XT5 and understand Cadillac has a professional vehicle based on it in the works.