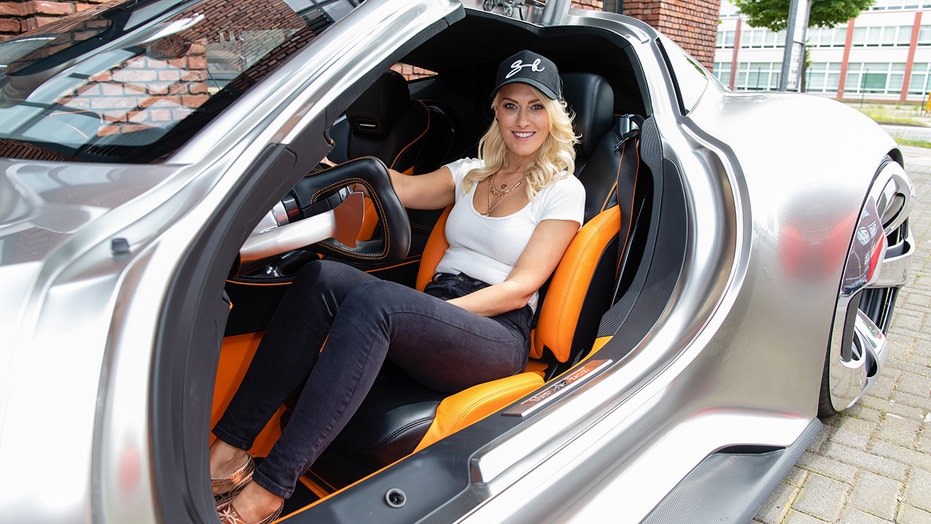 The 1,400-horsepower electric Mustang Mach-E 1400 was built to get people excited about Ford's upcoming electric cars.

Supercar Blondie is one of the world’s top automotive social media stars.

The Mercedes-Benz AMG Vision Gran Turismo is one of the vehicles Hirschi featured on YouTube. (Joshua Sammer/Getty Images for Insight TV)

The Dubai-based Australian, whose real name is Alex Hirschi, has over 4 million subscribers to her YouTube channel and more than 6 million followers on Instagram.

She travels the world checking out the latest exotic and luxury cars in her signature ball cap, earning over $2 million per year in online revenue and appearance fees, according to The Sun.

She even owns a few herself, including a Rolls-Royce Ghost and Mclaren 720S, and recently put down a deposit on a Tesla Cybertruck. But now she wants to make one of her own design with women in mind.

"I’d team up with a car manufacturer who has all the expertise and know-how to manufacture the car and, because I’ve seen some of the coolest cars in the world, I would kind of just combine all the coolest features and put them into the car that I design and I think it could be a really special car,” she said.

What will it look like? She likes a “masculine, aggressive” style, but thinks many models are missing female-friendly features.

"Like mirrors on the sun-visors, you’ll get into some supercars and there are just no mirrors anywhere - and when I get out to go to a restaurant or whatever I want to be able to quickly check that I haven’t smudged my eyeliner all the way down my cheek or something."

She’d also like a compartment in the cabin that’s large enough for a handbag and a lift kit, but not to go rock crawling with.

"When you’ve got heels on, the car will lift up so it’s not as difficult to get in and out of the car."