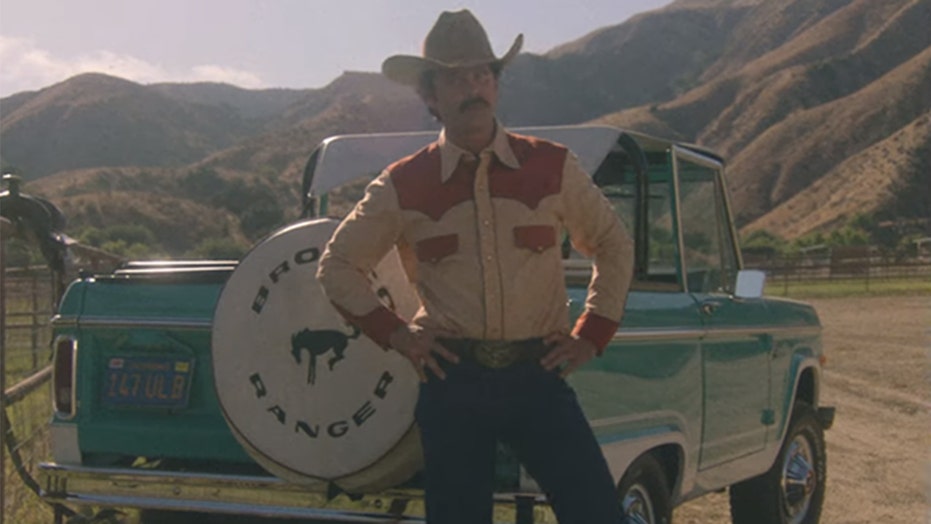 Who is John Bronco?

As the story goes, he was the greatest pitchman who ever lived and the inspiration for the Ford Bronco name.

That story being a mockumentary teased in a new trailer posted to YouTube on Aug. 11, promoting a short film that’s “coming soon” from Ron Howard and Brian Grazier's Imagine Entertainment.

A synopsis of the 36-minute film, which is listed as a selection of the canceled 2020 Tribeca Film Festival originally set for April, says Ford hired Bronco to race its new “prototype SUV” in the 1966 Baja 1000, then made him the face of the new truck.

“His commercials were on every channel and his jingle went triple-platinum. John launched his own cologne, breakfast cereal, video game, action figure, you name it. He was the very embodiment of the American dream that is, until it all came crashing down,” it says.

Ford’s relationship to the film is opaque. A spokesman for the automaker said Imagine pitched the story and that Ford offered access to its archive to “help share the story of John Bronco,” but would not confirm or deny if Ford provided funding for the project or if it is part of a coordinated marketing effort.

“We worked with Imagine in several ways to help tell this story.”

However, Ford promoted Aug. 11 as “Bronco Day” to commemorate the date it was revealed in 1965, a year before John Bronco’s alleged race victory, which never happened because the first Baja 1000 was held in 1967 and a Bronco didn’t win it until 1968.

The film is accompanied by a website that suggests John Bronco dropped out of the spotlight in 1996 -- when production of the last generation Bronco was discontinued -- and includes photos of sightings of him over the years. It also has a petition to Bring Back John Bronco that's hosted by Care2, which bills itself as "the world's largest community for good" and typically focuses on humanitarian and social justice issues that "fuel the progressive movement," but has a section dedicated to media topics.

Imagine Entertainment, The Tribeca Film Festival and Care2 have not yet responded to requests for comment.

John Bronco-related Instagram and Facebook accounts began making posts in stealth mode earlier this year and only had a handful of followers at the time this story was published.