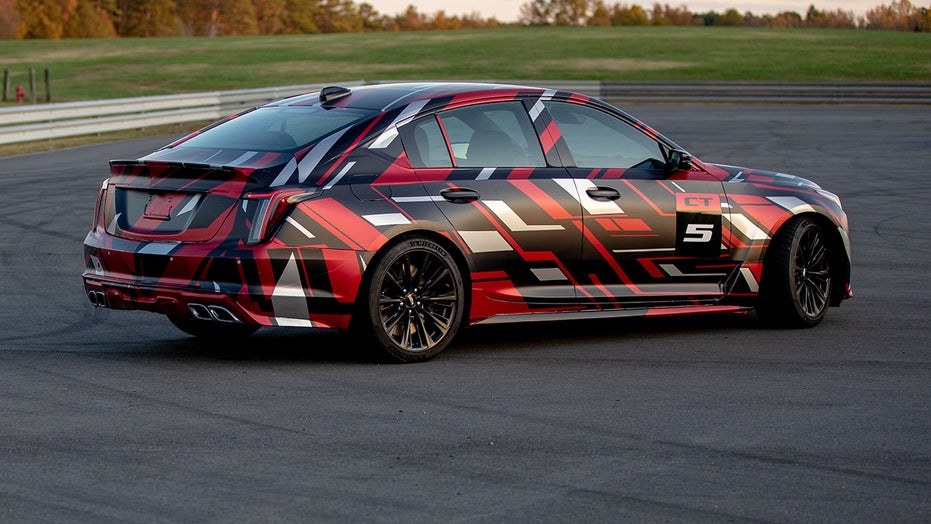 The 2020 Cadillac CT5 is an all-new sedan that's set to get better with age, says chief engineer Brandon Vivian, with upgrades to its Super Cruise semi-autonomous driver aid.

Cadillac is ready to spread its wings.

(This camouflaged CT4-V Blackwing will compete against the BMW M4.)

The automaker has announced that the upcoming highest-performance versions of its CT4-V and CT5-V sedans will carry the Blackwing name.

It was first introduced last year as the name of the 550 hp turbocharged 4.2-liter V8 engine in the now discontinued CT6-V sedan.

The engine has been put on hiatus and won’t be used in either of the new cars, which are track-focused models along the lines of a BMW M or Mercedes-AMG.

Technical details have not been revealed, but both will be available with a manual transmission, which is becoming a rarity in the sports sedan segment.

the CT5-V Blackwing will feature a V8, but not the Blackwing V8. (Cadillac)

As they are evolutions of the previous ATS and CTS, it’s likely the CT4-V Blackwing will have a turbocharged V6, and the CT5-V Blackwing a supercharged 6.2-liter V8. Car and Driver speculates the latter will crank out more power than the 640 hp did in the CTS-V. The non-Blackwing CT5-V currently on sale has a 3.0-liter turbocharged V6s rated at 355 hp.

Pricing for the cars and an on-sale date have for the Blackwings not been revealed.